A while back I wrote an article called “Wedding Sound Systems,” which talked about the need for subwoofers for wedding DJs and some of the science that goes along with the selection process. While I firmly believe that low end frequencies are essential for great sound reproduction, I see far too many DJs, that get carried away with the subwoofers.

Recently, I witnessed a wedding setup that had four, 15” subwoofers and two 12” tops. There is a large convention facility in my area where it is not unusual for 4 or 5 weddings/parties to be going on at the same time. Some separated only by airwalls, and some in other areas of the property. In these cases, I hear, rather than see, the subwoofer overload.

Many times, this is simply poorly tuned systems operated by people who have no clue about gain structure, acoustics or proper music reproduction. They just like to hear it loud with lots of “thump.” This is a mistaken interpretation of what the audience actually wants to hear. I am sure that a small minority of guests are quite happy to move along the road to deafness and have their ears attacked in a ruthless manor by the low frequencies; however, most want to hear good sounding music that is balanced with the frequencies that were recorded by the studio engineers at the time the song was performed by the artist. They also want to be able to hear the announcements and introductions clearly and not muddied by overpowering low frequencies.

It is always my goal to have my system tuned it to be flat and true, without excessive low, or mid or high frequencies overpowering the others. It is important to use equipment that allows you to tune the sound to each venue. Once achieving these settings, save the information for the next time. Most of us work the same 8 or 10 venues 90% of the time. Tune your system to be flat down to about 90 Hz and then boost the signal below that a few db. Keeping in mind that too much low frequencies tend to cause lethargy in humans. The last thing you want at the end of the party is a lethargic audience who only remembers that the party made them feel tired.

If the artists who produce and record the music we play could hear what many disc jockeys are doing to their music, they would be horrified. The music is being reproduced in a manner that was never intended by the creator. Invest in an equalizer, adequate ones start under $100 and even some full-featured products are less than $400. When you tune your system, look for an average over 3 or 4 songs and never adjust your EQ based on one song. 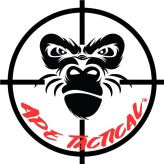