I think everyone who watches TV has by now seen the insurance commercial where R. Lee Ermey is featured in his typecast role of a drill sergeant, although this time also as a therapist.

His patient starts the scene by saying, “… and that’s why yellow makes me sad, I think”. R. Lee Ermey responds by saying, “You know what makes me sad? You do!” and then proceeds to run the patient down in drill sergeant form.

Why Yellow Makes Me Feel Sad

Well, yellow makes me sad too. Mostly because it’s very hard to make a good yellow with traditional red, green and blue color mixing devices (but that’s for another post). The purpose of this one is to give you a “primer” on how colors affect the atmospheres of our events. When we shot the ProAcademy DVD, I was adamant that we include a psychologist and physiologist to discuss the effect of light and color on human behavior.

I had an understanding of these principals, and that led to my belief that they needed to be included. That being said, I was still blown away at how much I learned interviewing them for the DVD. Suffice to say, there’s a lot of information out there. We’ll touch on a few of the versatile effect colors can have on our emotions.

A White Wedding? Not in Asia!

It’s important to note, before we proceed, that while some behavioral reactions are human at their core, others are cultural. For example, most traditional American wedding dresses are white, which is widely believed to symbolize purity. Wedding dresses weren’t always white though, and in many cultures still are not. For example, in some Asian cultures, white symbolizes death. It seems fairly self-explanatory people in those cultures wouldn’t want a white wedding dress.

Are You Seeing Red?

Red, on the other hand is pretty widely viewed even within our own Western culture. It represents anger (ie: seeing red) and love (cupid and valentines). It is bright and powerful, conveying energy and strength. Red, I am told, also makes you hungry. Is it any wonder so many fast food restaurants use red as a primary part of their branding?

Blue, on the other hand is calming and soothing. It pretty much represents the opposite of red with it’s cooling sense of stability. Interestingly enough, it is also considered the least favorable color to associate with food.

The Color of Money

Green is another complicated color. We can be green with envy, or bask in the green lushness of Mother Nature’s tranquil landscapes.

Purple often symbolizes royalty and wealth. It can also be used to symbolize spirituality and mystery. It’s a deep, shadowy color. It is also a powerful union of the strong, energetic red and the calm, stable blue.

What Does Color Mean to Your Client?

Ultimately, however, the greatest importance of any given color is what it means to our client. By understanding what a color means to them, their culture and their event we can better serve them by helping evoke a desired emotional response from their guests.

How do you use colors at events to help create an atmosphere? Ben Stowe is producer of the “Event Lighting” DVD, the first in a series for ProAcademy. He also serves the AV industry as the President of NLfx Professional, an industry leading supplier of sound, lighting and video systems, a role he has maintained since founding the company in 1993. Ben’s AV installs have been featured in almost every major industry trade magazine. He has assisted lighting manufacturers with product R&D, as well as contributing to the DJ industry through presentations at trade shows and articles for magazines in the U.S. and Europe. Ben holds an electrical license as well as other certifications and accreditations, including the most widely recognized one in the AV industry, the InfoComm CTS. To contact him email ben@nlfxpro.com. To watch a promotional video about his DVD click here. 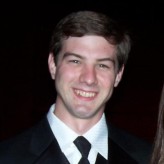 The Ultimate DJ Cam Has Arrived