Are You Unique or a Copycat?

This is one of those topics you’ve seen me write about before: your performance. More specifically, what makes up your show and how it differs from any other. As I rebuild my own business from top to bottom, one thing that will be getting a lot of attention is how I do things. After 36 years of entertaining, some change is most definitely required. The trick is to keep the things that work, improve on those things that are marginal, and not be afraid to cut anything or everything if necessary. Plus, there are many temptations along the way.

A lot of DJs take pride in attending workshops, conventions, seminars and classes. And they should! This not only shows that they care about improving, but it exposes them to ideas and ways of thinking they might not otherwise have experienced. It cannot help but improve their performance. That said, this is where I toss my first caution flag!

I’ve seen many of these “graduates,” and there’s a lot of talent in this esteemed group. As I watched yet one more colleague go through his show, however, I was struck by how eerily similar his patter was to that of a workshop video I had just seen. In fact, it was verbatim. It made me wonder: did he really learn the lesson, or did he simply memorize the script?

It gave me an eerie sense of déjà vu. Back in the early 2000’s, I attended one of the last Mobile Beat shows in Chicago. There, I was first introduced to this unknown (to me), upstart DJ whose “let’s get interactive” session completely blew away everyone who saw it. His name was Todd Mitchem, and to say that everyone was impressed is an understatement. It was a revelation! I don’t think I was the only one who picked up his DVDs, went home, digested them and began writing scripts. In fact, I count this as one of the top 5 defining moments of my career; one of those things that was a total “sea change” for my business. (Todd has since gone on to pursue “higher” goals.)

But the reason for my sense of “I’ve been here before” while watching colleagues was due to a bit Todd performed called “You Choose.” In it, he asks the audience to pick from three pre-selected activities. Of course, they aren’t REALLY choosing, but it serves as an anchor for the bit. Now, I had written my own version, which is what Todd intended. When I sat in with a colleague, however, I watched in stunned disbelief as he simply parroted, word-for-word, Todd’s show. To me, it was like going to a comedy club and watching some unknown spout old Jerry Seinfeld routines.

PROCESS: A GREAT WAY TO LEARN

My wife works in television, and one of the things we both enjoy are what we call “process” shows. These are programs that take viewers through the creation of something from start to finish. On cable, one such show is called “How It’s Made.” A couple years back, another one which has since become infamous for all the wrong reasons was called “Sons of Guns.” All of the drama aside, this show would set up the premise, usually in the form of an unusual firearm someone needed, and then take us on a trip through the creative process. If you’ve ever watched training videos, or have even taken a workshop, this is how they work, too.

DJs are human beings, and it’s in our nature to gravitate toward our comfort zone. We see something that works, and we’re inclined to repeat it. And before anyone gets offended, let’s relax. Everyone has done this at some point, and we’ll probably do it again. And sometimes it’s even prudent and practical for certain things in everyday life. Some jobs only have one correct way to do things. My message here is that your performance is NOT one of them.

The process, then, is simply a way to absorb the basic idea. It is there to give you a framework on which to hang your own performance canvas. It’s less “paint by numbers,” and more of a Bob Ross style, “It’s your world, it can be however you want it to be.” Or if you’re not feeling my art analogy, then try this on for size: it’s less “Garanimals” dress-by-matching-symbols and more a way to stimulate your own inner Donna Karan or Calvin Klien.

XEROX IS FOR OFFICES, NOT THE STAGE

The only form of entertainment where repetition is celebrated is in sports. This is because athletes can consistently perform actions that most of us cannot, and those actions are so amazing that we can never get enough of them. Plus, when we pit those who command such awesome skills against one another, it makes for some fascinating contests. Unless you’re a sports superstar, though, then repetition is your enemy.

We may enjoy hearing our favorite tunes over and over, but we tend to constantly seek out the new and exciting. I love to go to comedy clubs to see my favorite comedians, but I would be disappointed if they came out and simply repeated their old bits. Or worse, somebody else’s material. That’s not what the audience is paying for. We DJs need to learn from this.

So when I saw a colleague not only doing Mitchem’s bit at his party, but still calling it “You Choose,” I came face-to-face with my own challenge: how to tear apart a performance while not destroying a valued friendship. And believe me, it IS a challenge.

The take-away here is this: by all means, seek out training. Look to the best and brightest for inspiration, but NOT duplication. They’re not showing you WHAT to do, but HOW to do it. They’re letting you in on the ways that the creative mind/process works. It’s up to you to come up with your own “spin” on things. Remember how you couldn’t just copy and paste things from an encyclopedia when doing a report in school? Your teacher wasn’t trying to force you to become a great writer by putting your report “into your own words.” He or she was trying to see that you actually grasped the material. Your teacher wanted you to learn, not just work. And it’s my guess that when you’re taking those fantastic workshops by Mark Ferrell, Peter Merry, Bill Hermann and others, they, too, aren’t trying to make you carbon copies of themselves. They’re trying to give you the ability to make you and your show a brand new, more polished, unique star in the entertainment firmament. So go and be stellar! 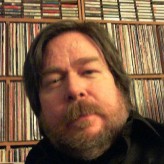 Understanding The Prep Time & Effort Of The Wedding DJ