Be Interesting or Be Gone!

As I was reading every possible book and resource on blogging, I came across the great title: No One Cares What You Had For Your Lunch: 100 Ideas for your blog. It turned out to be one of the most important marketing lessons, about blogging, micro-blogging (Twitter), social networking (Facebook), and business networking (LinkedIn).

Now, we add the posting of nonsense hashtags to Twitter and Facebook to a long list of pointless activities. And not just nonsense hashtags, but many, on a single post. Don’t think it looks hip or smart, momentarily, but there is no upside impact, particularly on Facebook. In fact, the reverse is true.

The essence: In all forms of advertising, marketing, social media, and networking you are vying for people’s attention within brief and/or limited time constraints. It is important for your words and images be pithy, crisp, motivational, interesting, and memorable.

To rambling about topics which don’t pass the ‘Who cares?’ test is not just a waste of a reader’s time, it increases the likelihood they will tune you out in the future.

Facebook offers many options for people to lessen your presence, including demoting you to acquaintance status or turning off the appearance of your updates in their news feed. So, with those choices (and others), to unfriend or block someone and likely offend them; you can simply silence them.

Just what is Ham Sandwich Marketing? It is my buzzword phrase, inspired by the aforementioned book. It is my notation of meaningless posts and status updates that are useless and annoying to everybody but the person who initiated them.

Example: “Just had lunch at Wolfgang Puck with Susie, Johnny, and Big Al.”

It’s my not-so-subtle sarcastic way of nudging the poster or blogger with the subtext: “I read your item. Am I supposed to know who Susie, Johnny and Al are? Am I supposed be impressed you lunched at Wolfgang Puck. Why don’t just tell me you had a ham sandwich. That would be equally unimpressive and unnecessary?”

If you’re lunch was outstanding, take a picture of the ham sandwich. post about the freshly made Dijon mustard, the soft fresh-baked roll, and what variety of ham was involved. Then there is possibility of being entertaining. Otherwise, you’re just engaging in Ham Sandwich Marketing.

In today’s fast and furious world of communications, being boring is a big crime. Being irrelevant is a felony offense.

Don’t waste people’s time. Be interesting or be gone! 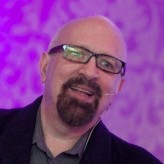 Andy Ebon earned his Marketing Degree in Arizona before moving to San Francisco, pursuing a 26-year career in DJ Entertainment. His two DJ companies Music Man and Designer Music became industry leaders, with the latter earning Andy the distinction of San Francisco Small Business Owner of the Year. Andy then moved into Marketing and Public Speaking, focused primarily on the Wedding and Special Events Industries. He has built and refurbished over 200 websites and blogs, is a social media specialist, and widely sought-after public speaker. Now based in Las Vegas, Andy consults individual companies and as a speaker, webinar presenter, podcaster, and blogger for his company, Wedding University. andyebon@icloud.com www.andyebon.com 702-510-4938

How To Pack a Gig Bag

Selling is an Art Form